The case against Datapharm and the Truth Institute has been thrown out by District Court Judge William Savvy citing irregularities in court procedure and the mysterious disappearance of the prosecution's star witness.
Journalist Arthur Curtis, who was scheduled to testify on Tuesday at the Medical Practices Inquiry looking into alleged ethics violations, failed to show, effectively killing the prosecution's case. Judge Savvy was left
no choice but to rule for the defense's request for dismissal.
Truth Institute
Raptura~ 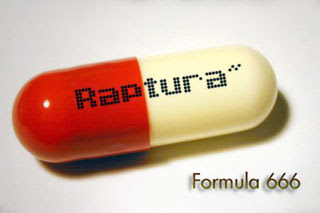 In other news Datapharm has released their third quarter earnings showing a rise in profits of 64% over the corresponding period last year due in large part to the high demand for  Utopium~  With the recent acquisition of Cyco Industries and plans for a major expansion of their research and production facilities Datapharm is now setting their sights on global dominance of the drug market.